OUR HISTORY, MISSION, CHRISTIAN EDUCATION AND HOW TO JOIN. 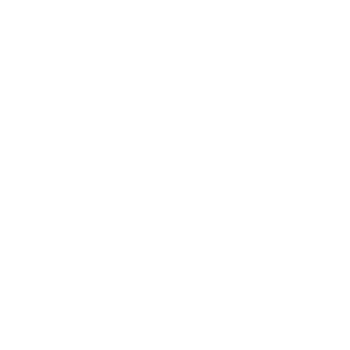 Our Presbyterian Congregation in Peekskill dates back to 1721 when Reverend William Tenant, an itinerant Preacher, began bringing the Word to the Hudson Valley. Then, beginning in 1742, the church started to meet regularly, relying on the Presbytery of New Brunswick, NJ which sent a minister to preach in Peekskill and other nearby towns with "much success." From 1785 to 1799 the congregation functioned as a satellite ministry of the First Presbyterian Church of Yorktown, and finally, in 1799 the group of trustees that previously administered the Yorktown ministry evolved to formally organize The First Presbyterian Church of Peekskill. On June 25th, 1826 the Church was incorporated, and the first called Minister was The Rev. John H. Leggett.

No history of the early church would be complete without mention of the Sunday Schools and Women Societies. A Sunday School history, written in 1901, related that two sessions were held each Sunday. Following each class period, the children, led by their teachers, attended the church services at 10:30 A.M. and at 3:00 P.M. The registration was close to 200 officers, teachers, and students.

For about 80 years, the story of Presbyterianism in Peekskill was the story of two churches instead of one. In 1841 the Second Presbyterian Church was formed. Services were held in the old Methodist church on South Street. A new Sanctuary was constructed in 1845. This building was later sold and became The Field Library, and is now privately owned. There had been talk of a reunion between the First and Second churches in 1866 but that did not happen until 1920 when the two churches united. The Rev. Thomas C. Straus was appointed to be the moderator of the combined Session. Rev. Straus served in the pulpit until 1921. He was the minister of the Second Church from 1896 - 1917.

The first sanctuary on the site of the present Peekskill Presbyterian Church was built in 1799. The original 1799 building served until 1846 when the current Church was constructed. The church was designed and built in a traditional New England style with white exterior and tall steeple. The church bell was retained from the original sanctuary according to a 1926 church history by The Rev. Thomas C. Straus that stated that "the bell that hung in the 1799 Church is in use in the present house of worship."

In other words, the bell we hear on Sunday mornings is the original bell and it's over 200 years old! There is little doubt it tolled for the funerals of George Washington, Abraham Lincoln, and other distinguished Americans!

Over the years various alterations have been made to the church building, while maintaining the historic character of the church. An extension of 30 feet was added in 1858. Extensive alterations were made in 1892 when the organ was placed in the back of the pulpit. The next major renovation took place in 1922. The Christian Education Building, designed for the Church School and church-connected activities, was built and dedicated in 1964. Most recently, emphasis has been on upgrading the existing structure through capital improvements and modernizing building systems, while insuring that the historic character of the church remains to be enjoyed for years to come. 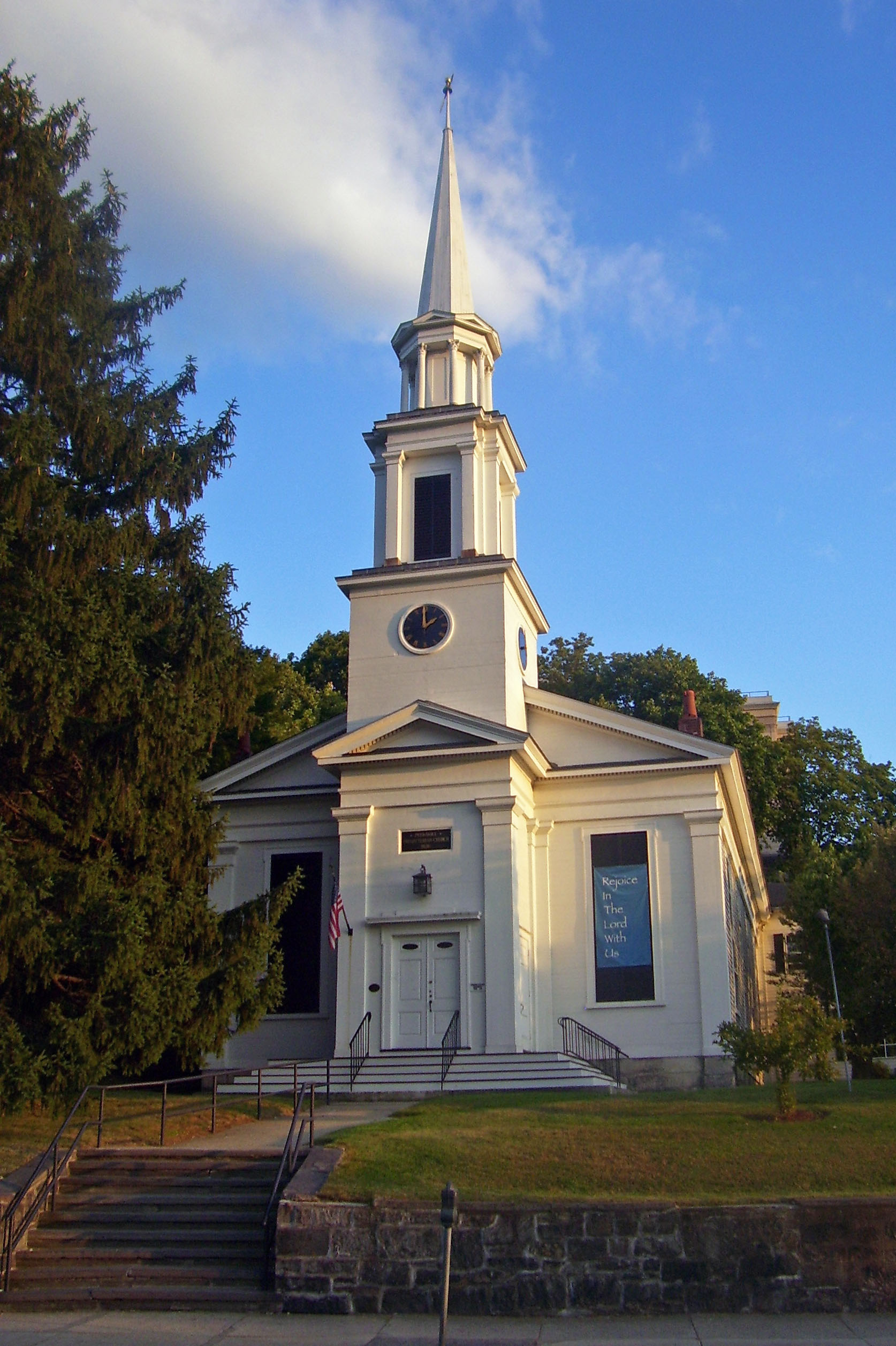 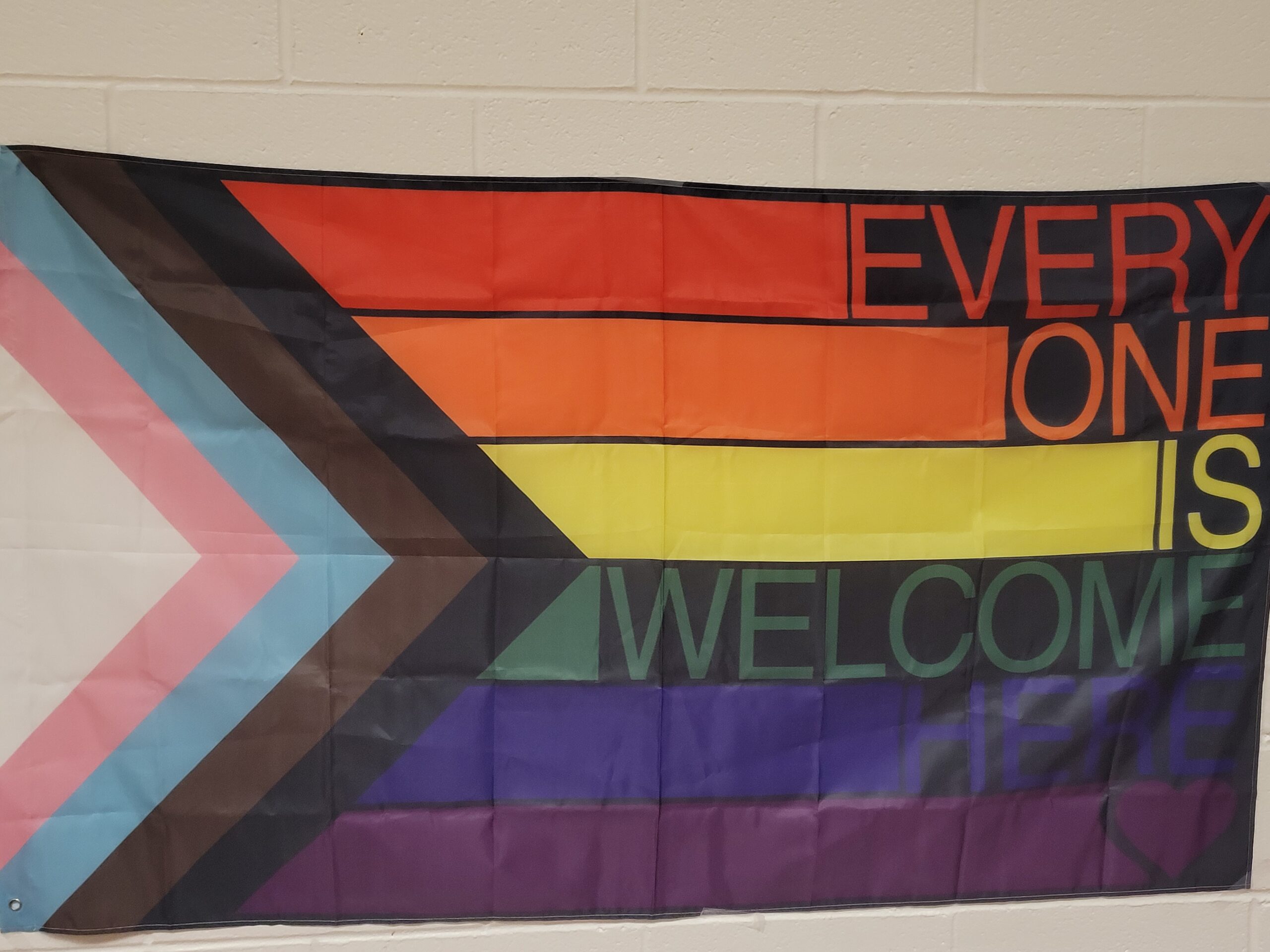 Working together joyfully in purpose and mission...

In response to the profound love of God through Jesus Christ toward all, we welcome everyone to join us as we study and proclaim the gospel, seek the will of God,  grow in spiritual maturity, share our resources, and respond in service to the needs of our members and our neighbors.

At the Peekskill Presbyterian Church we work together joyfully in purpose and mission to faithfully serve Jesus Christ and His kingdom of love, justice, and peace.  Our congregation is made up of about 155 members, reflecting the many different cultures found in Peekskill and the Lower Hudson Valley. Together with the Reverend Dr. Stephany Graham Walker, we try to share our discipleship journey of faith with God's children wherever and whenever we may find them.

The many ways to study God's Word with us...

Adult Education
Adult education classes on Sundays and weekday Bible studies are regular features of our adult education ministry.  Recent topics covered by the classes and studies have included the travels of the Apostles as they spread the good news, the triumphant hope and promise of Revelation, the African presence in the Bible, Discipleship 101, and a study "Following the First Church".  Classes explore a variety of topics, and participant interest and suggestions for studies are enthusiastically considered.

Confirmation Class
In preparation for confirmation, seventh and eighth grade students participate in a 2-year study that meets Sundays at 9 a.m. before worship. In addition to biblical and theological topics, class members take part in a number of projects designed to promote an active and service-oriented faith.

Church School
Church School is offered for students in grades K-6 on most Sundays during worship from September to June. In 2009 - 2010 the Church School will share Bible stories and songs with its children, focusing on the power of music to foster a deeper understanding of our faith.

Nursery Care
Nursery care is available every Sunday during worship for infants and toddlers.

Inquirer's Class
A class led by the minister, for members and non-members alike, is held in the Spring and Fall for those interested in learning more about the Church.  In these sessions (about 60 minutes each), we will explore the history and beliefs of the Presbyterian Church (USA) denomination, introduce some of the members and ministries of the Peekskill Presbyterian community of faith, and help discern ways to become involved in the life of this congregation. 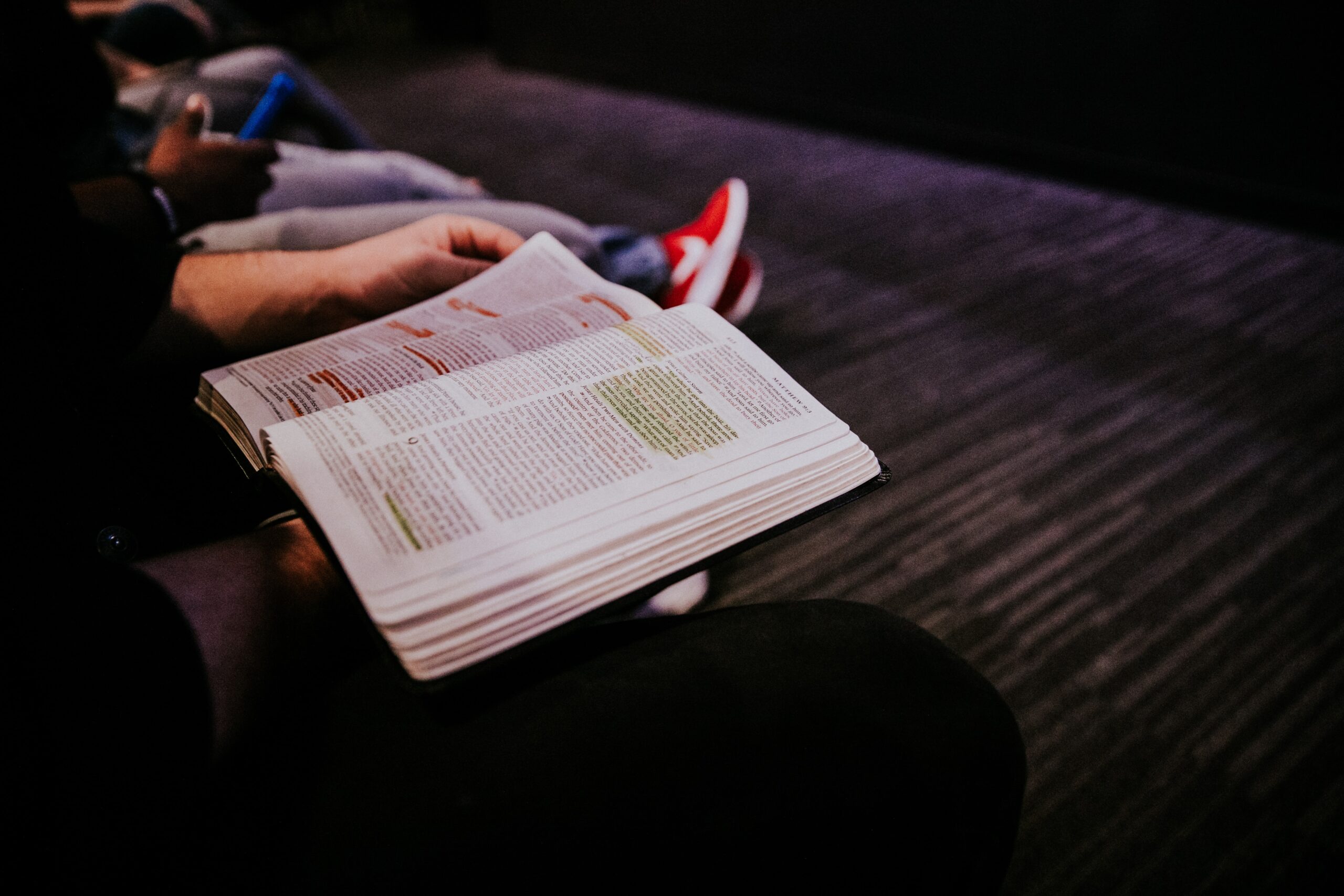 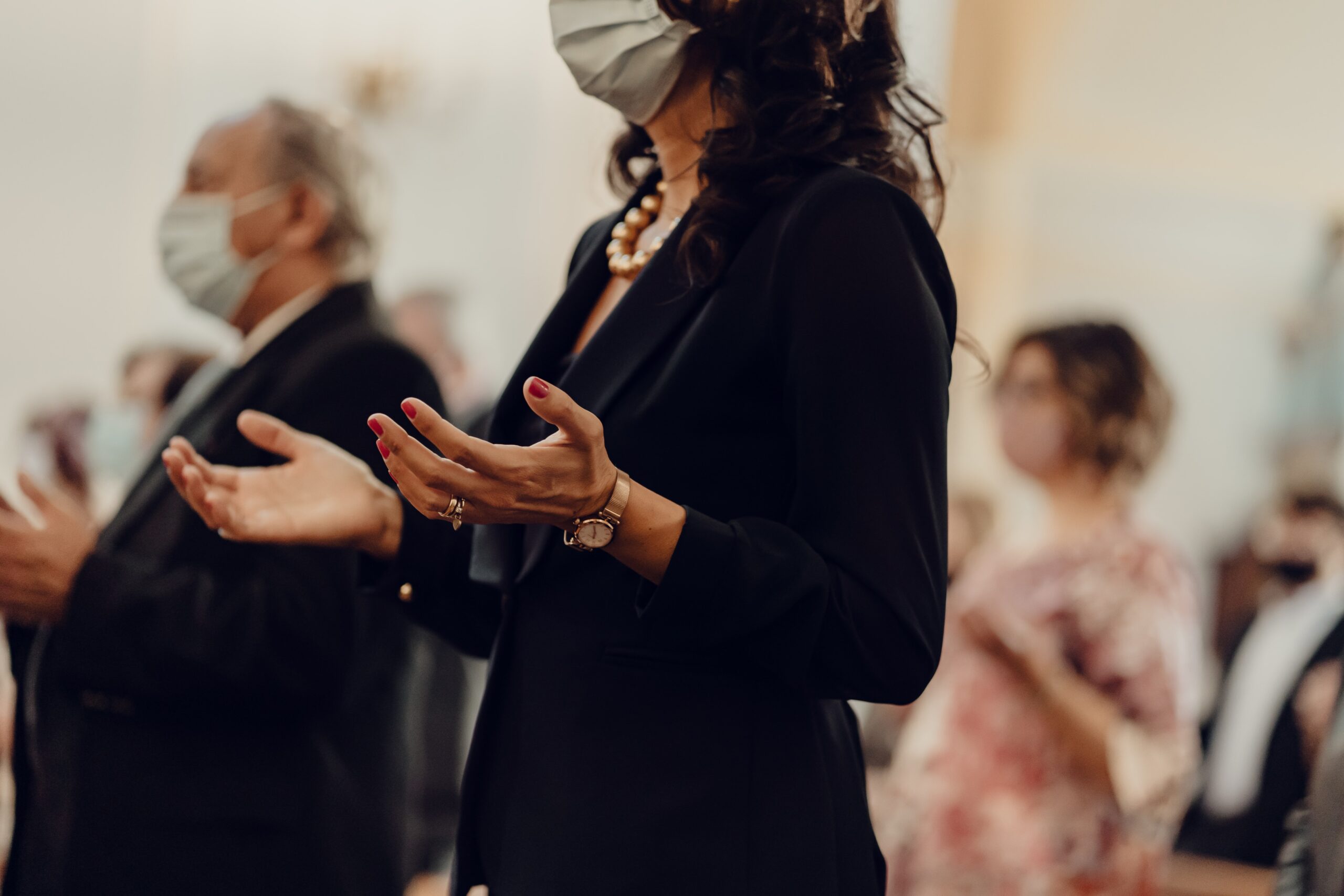 We would love for you to join us...

Associate Member
If you wish to retain your membership in a church of another denomination, you can join as an "Associate Member." Students who belong to a church in their home town are especially invited to take advantage of the Affiliate or Associate options.

If you have an interest in exploring membership at the Peekskill Presbyterian Church, please contact the Pastor at 914-737-3322.

An Inquirer’s Class is offered in the spring and fall to those (members and non-members alike) who are interested in learning more about the church.